This system was introduced in 2009 to overcome the problems faced by lawyers in civil cases who have to travel long distance to appear in court on time, due to the peculiar geographical features in Sabah and Sarawak.

Its utilisation has been extended to facilitate mediation and other official meetings among court officials. Lawyers can appear before a judge via tele/video conferencing even if they are not in the same station physically with the Judge. VCS also allow users to share documents, picture file, images, etc. among those in remote locations, which constitutes a very crucial feature for court hearings. VCS is also used in case management hearings in which lawyers 'appear' in Court from their offices. This is used mainly for non-contentious cases. The system won 1st Runner-up in the Federal Secretary's Award for innovation and Creativity in 2008 in Sarawak.
In 2020, under the e-Kehakiman Sabah and Sarawak (eKSS) Project, the VCS has been enchanced with more advanced features to cater the needs for more users and to integrate it with the new and emerging technologies. The new system called V-COSS (Video Conferencing for Sabah and Sarawak Courts) was lunched by The Right Honourable Dato' Abang Iskandar bin Abang Hashim, 10th Chief Judge of Sabah and Sarawak on February 26, 2021. 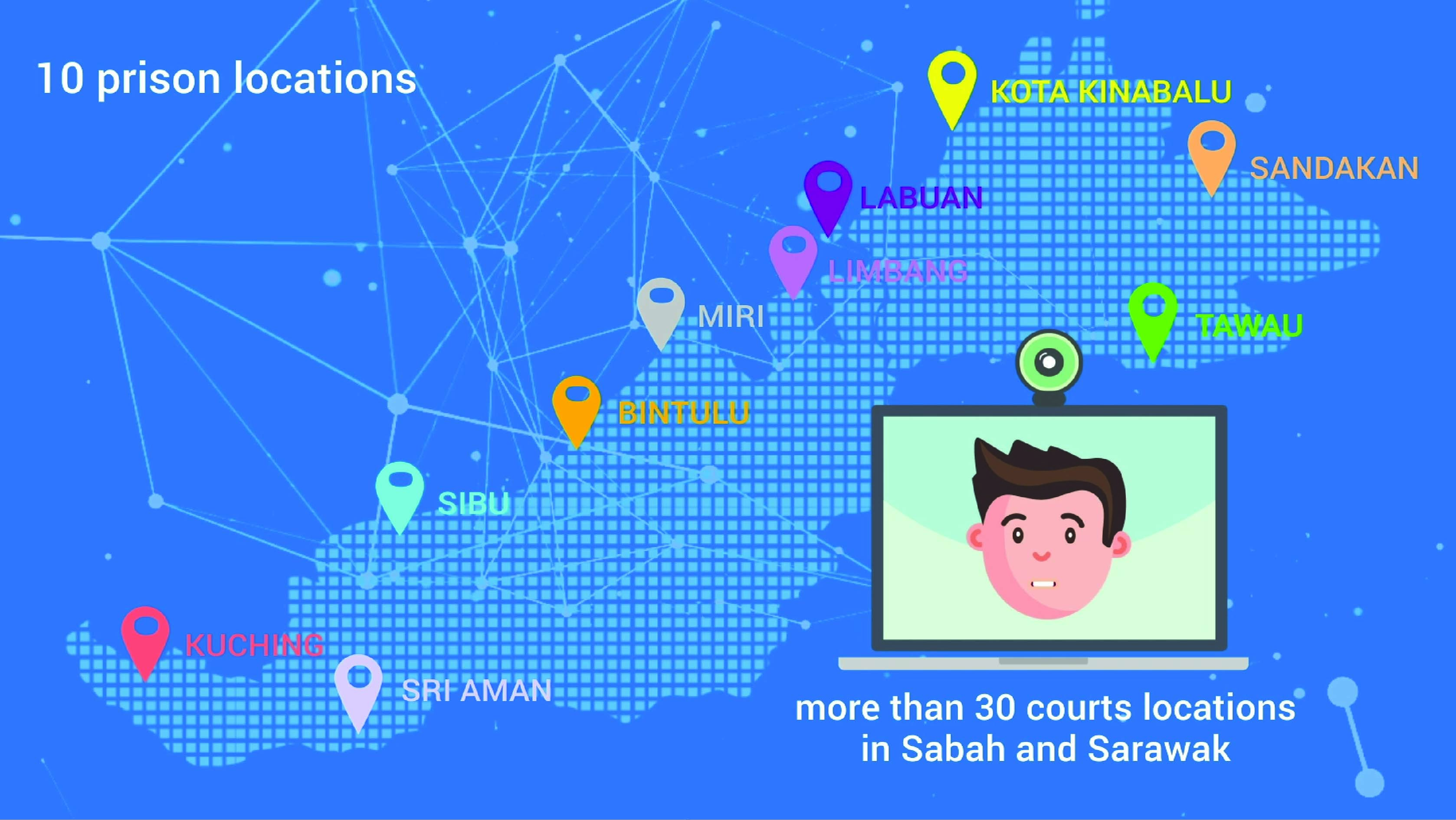 One of the most distinctive features of V-COSS is the integrated video conferencing system between courtrooms and prisons. V-COSS allows more stable, conducive and efficient online hearings to be conducted, especially during the current pandemic.
V-COSS facilities are currently placed at 10 prison locations namely Kota Kinabalu, Sandakan, Tawau, Labuan, Kuching, Sri Aman, Sibu, Bintulu, Miri and Limbang virtually connecting to more than 30 court locations in Sabah and Sarawak.
Online criminal hearings between courtrooms and prisons are mainly conducted for case management, appeal, remand application, and extension of remand proceedings. Th accused / prisoners will be brought into a designated room with V-COSS facilities to get connected during hearings whilst Judges, Deputy Public Prosecutors and lawyers may conveniently appear online from their respective offices or inside the courtroom. Other tha criminal cases, V-COSS facilities will be widely used for civil cases and the new system will also permit interstate connections.